FC20 Academy have won the second edition of Naskaxe Cup, a football competition for grassroot clubs which started on Monday 26th September and ended on Thursday 6th October 2022. 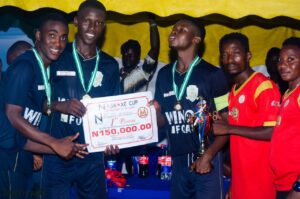 The finals of the interesting competition which has the sole aim of creating a viable alternative for the youths and grassroot clubs to exhibit their skills and show them to the world, ended with FC20 Academy defeating UKE FA 2-0 while Inspiration Sports Academy also defeated Makinz Football Academy in the 3rd place match that ended with a penalty shoot-out. 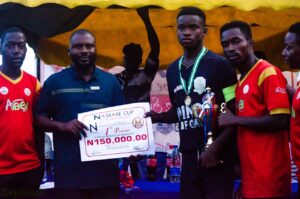 Naskaxe Cup which has the motto ” Giving hope to youth ” is proudly sponsored by Naskaxe Investment and Property Ltd, a registered company on property management, real estate, construction and agency in the FCT Abuja. 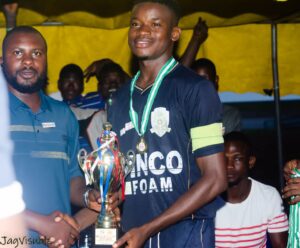 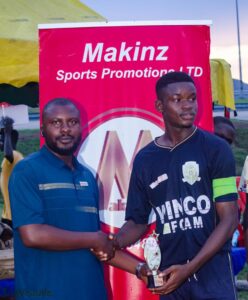 The tourney (2nd edition) which has recorded more goals than the 1st edition of the Naskaxe Cup, has been adjudged the best Football competition in the FCT Abuja after giving out several Man of The Match awards, Special Awards and Cash Prize to winners and outstanding players as well as coaches. 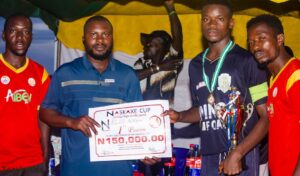 The dignitaries at the tourney were Amb. Engr. Fazazee Nasiru Adeshina, CEO Naskaxe Investment and Property Ltd. He was represented by his manager, Engr. Sheriff and members of his management team. Makinz Sports Promotions Ltd CEO, Akinboni K. Benson was also represented by his Administrator, Mr. Nathaniel with other guests of honour. 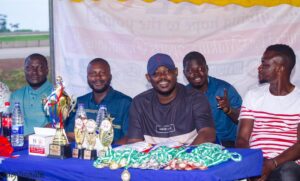